Autism spectrum disorder, or ASD, is a developmental disorder, sometimes thought of as a neurological disorder, that impacts a person’s communication skills, social skills, and behaviors. These skills and behaviors are impacted in a way that results in the person having experiences and acting in ways that are atypical to the majority of the population.

Most of the time, ASD symptoms begin within the first two years of life which is why it is considered a developmental disorder. 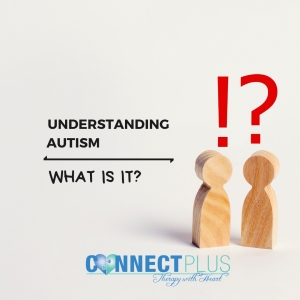 Autism spectrum disorder is one of the disorders identified in the DSM, the Diagnostic and Statistical Manual of Mental Disorders.

To read the complete description of the diagnostic criteria for autism spectrum disorder, read this article which identifies the core symptoms of ASD.

The core symptoms of ASD include:

2. Restricted or repetitive patterns of behaviors, interests, or activities

These symptoms are typically seen in early childhood.

They also cause significant ongoing difficulty for the person in social situations, school or work settings, or other important areas of life.

If a person displays these symptoms, they are not considered to be a result of ASD if the person could qualify as having an intellectual disability or a global developmental delay.

As mentioned above, individuals with autism display differences in the areas of social and communication skills as well as differences in certain behaviors like having restrictive or repetitive behaviors as compared to the general population.

Some examples of symptoms of ASD include the following:

Autism spectrum disorder is seen as a “spectrum” because there is a wide range of variability of how a person with this diagnosis can experience any particular symptom of ASD.

For instance, someone with difficulties with social-emotional reciprocity may not respond at all when another person asks them a question while another person with ASD with social-emotional reciprocity difficulties may actually respond when asked a question but they may choose ‘the wrong words’ or have trouble engaging in conversations that are not on specific topics of interest to them.

ASD occurs in all ethnic, racial, and economic populations.

ASD is considered a lifelong disorder that is part of the person’s biological makeup. However, treatment and specific strategies can help a person with ASD to live their own best life and help them to manage their particular symptoms that come with ASD.

So, what is autism spectrum disorder?

ASD is a developmental or neurological disorder that impacts a person’s communication skills, social skills, and behaviors. ASD is a spectrum and symptoms can look different from one person to another. ASD occurs in all ethnic, racial, and economic populations. ASD is a set of behavioral “symptoms” that a person has that are different from the majority of the population. These symptoms cause significant difficulty in a person’s work life, social relationships. school experiences, or daily life. 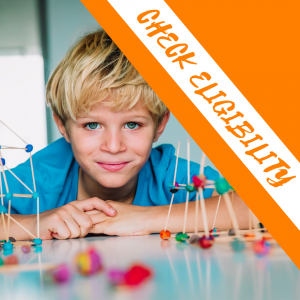 Heather is a freelance writer, Board Certified Behavior Analyst (BCBA), and social worker. Heather takes interest in topics related to parenting, children, families, personal development, health and wellness, applied behavior analysis, as well as Autism, ADHD, Depression and Anxiety. Contact Heather if you would like to inquire about obtaining her freelance writing services.You can view more articles and resources from Heather at www.abaparenttraining.com and email her at info@abaparenttraining.com.You can also advertise your autism services at one of Heather’s websites: www.LocalAutismServices.com.Heather is the developer of the “One-Year ABA Parent Training Curriculum.”